As humans, we are very aware of the dangers of contracting HIV and AIDS. Unfortunately, cats have a similar life-threatening infection called the Feline Immunodeficiency Virus, or FIV.

This virus has no known cure and is more common than we think. While it can seem scary, there is still a lot we can do to protect our cats.

The goal of this article is to share all that you need to know about this condition, including causes, symptoms, and ways to treat it.

Most importantly, though, we’ll share how to keep your cat from contracting FIV in the first place.

FIV, or Feline Immunodeficiency Virus, is a lentivirus that affects cats all around the world. On average, approximately 2.5-4.4% of cats are currently affected by it.

One of the most dangerous issues with FIV is that it causes immunodeficiency issues. It also happens to be a very slow-moving virus, which means cats that contract it may not show symptoms for a while.

Once contracted, it can lead to the cat’s immune system not being strong enough to fight bacterial and viral infections. Though a cat may still have a normal life expectancy, maintaining their health becomes even more important.

That’s because they will become more prone to developing infections and enduring other medical issues.

How FIV Develops In Cats

Once the Feline immunodeficiency virus makes its way inside the cat’s body and its organs, it moves into the DNA. Once there, it begins to slowly replicate.

From that point, the process can take months or even years before symptoms develop.

Before the virus begins replicating, it first needs to get introduced to them from another infected cat.

FIV is transmitted through similar ways to HIV, including through blood and in utero. The most common transmission method is a deep bite wound from an infected cat to another.

It can also be transmitted through a mother’s milk or to babies in utero.

Beyond those methods, it’s much more unlikely that FIV will be transmitted by sharing food bowls or toys. It’s also rarely transmitted sexually, though traces of FIV do make their way into the semen of infected cats.

With all this, it’s possible for one FIV-infected cat living with another cat to never infect it. 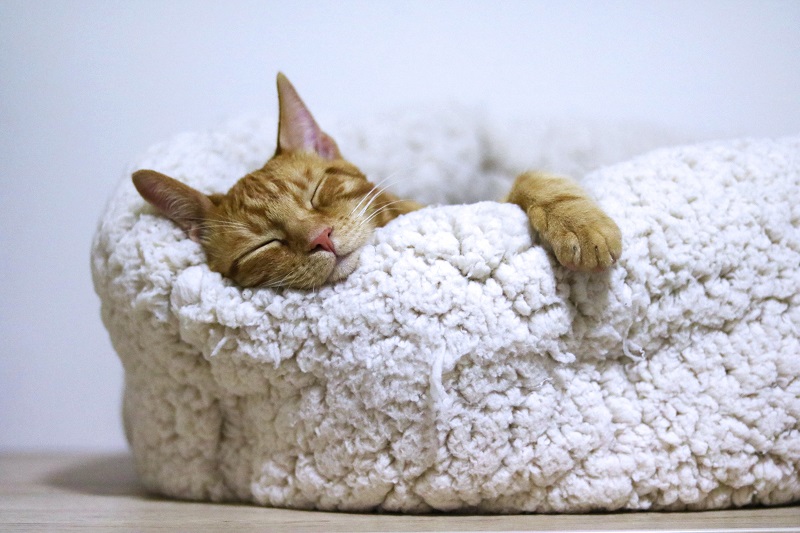 The Symptoms of Feline Immunodeficiency Virus

If your cat has contracted FIV, you won’t necessarily find out through symptoms. Instead, it’s the weakening of your cat’s immune system which may lead to secondary infections.

It is common to see issues with the respiratory system or tumor growth along with some of the following symptoms:

If you’ve noticed any of those symptoms, it’s important to consult with a veterinarian. They will likely perform a physical exam and run a few labs.

Ultimately, a full blood test will tell your vet what they need to know, as cats are tested for the presence of FIV antibodies in their blood.

If they should be FIV positive, it’s not necessarily true that they’ll develop symptoms. What is true, however, is that they can still transmit it to other cats.

While there is no cure for FIV, it’s possible to treat the secondary infections as they develop.

What’s important for you to do is keep an even more watchful eye for those symptoms. Since your cat’s immune system is not as strong, you’ll need to speak to the veterinarian for assistance in treating these infections.

How To Prevent Feline Immunodeficiency Virus In Cats

Though an FIV vaccine exists, it is controversial and not recommended by all veterinarians.

A safer and more reliable way to prevent FIV is to limit contact with FIV-positive cats.

One way is keeping your cats indoors and limiting exposure with potentially FIV-positive stray cats.

Another is to test your cats as kittens to know if you are bringing an FIV-positive cat into your household. Whether you have other cats now or are considering adopting more, you need to know your cat’s FIV status.

No, it is not possible for humans to get the FIV. It’s only transmittable from an infected cat to a healthy cat.

Test Your Cat For FIV

As we’ve always heard, knowledge is power. It’s important to take your new kitties for an FIV test. For their health and for the health of the other cats in your life, call Catonsville Cat Clinic today to schedule a consultation.

Categories: Cat health and safety
This entry was posted on Monday, June 13th, 2022 at 11:59 am. Both comments and pings are currently closed.